Bebon Cutting Company’s Messer CNC controlled Oxy-Fuel cutting tables measure as wide as 22’ and as long as 45’ with between 6 and 14 torches per machine. Using high-speed divergent nozzles that use an oxygen jet that opens slightly along its passage allowing the compressed oxygen to expand as it leaves, forming a high-velocity jet that spreads less than a parallel-bore nozzle, allowing a cleaner cut. The flame is not intended to melt the metal, but to bring it to its ignition temperature allowing the metal to burn and blowing the resulting molten oxide through to the other side producing the ideal kerf in a narrow gap with a sharp edge on either side of the work piece. The oxidation of iron by this method is highly exothermic. Once started, steel can be cut at a surprising rate, far faster than if it was merely melted through. 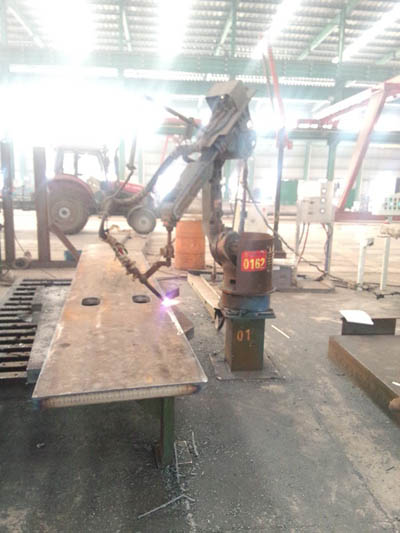 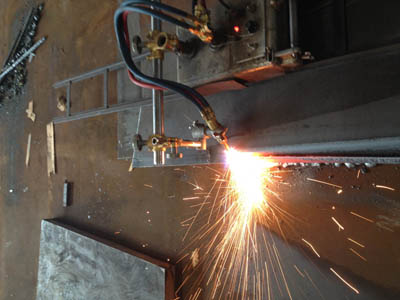 The Oxy-fuel cutting process can cut carbon steels up to 20 inches in thickness. The ability to produce almost any shape from large steel plates gives Bebon steel cutting a secure future in many industries.